This is a Monero XMR trading update because the market has recently moved significantly in Feb 2016. Since most people probably have not heard of it this is a quick overview – Monero is an alternative currency (sometimes referred to as “coins”) with the most well-known being Bitcoin. In the last 2 years there have been many such coins created for a diversity of purposes. These new “coins” are the brave new world for cryptographic currency (“cryptocurrency”, or even “crypto”), but are still in the early adoption phase. One of the main selling points of Monero is that it can mathematically provable as truly anonymous, unlike Bitcoin with can be traced via the Block Chain. It is one of the foremost alternative crypto currencies that has actually survived long enough to potentially become a replacement for the well known Bitcoin (BTC). For some more background you can review our original investment from last year.

The following chart shows the price swings for Monero since inception, highlighting the recent move up in Feb 2016. You can track the real time price here. 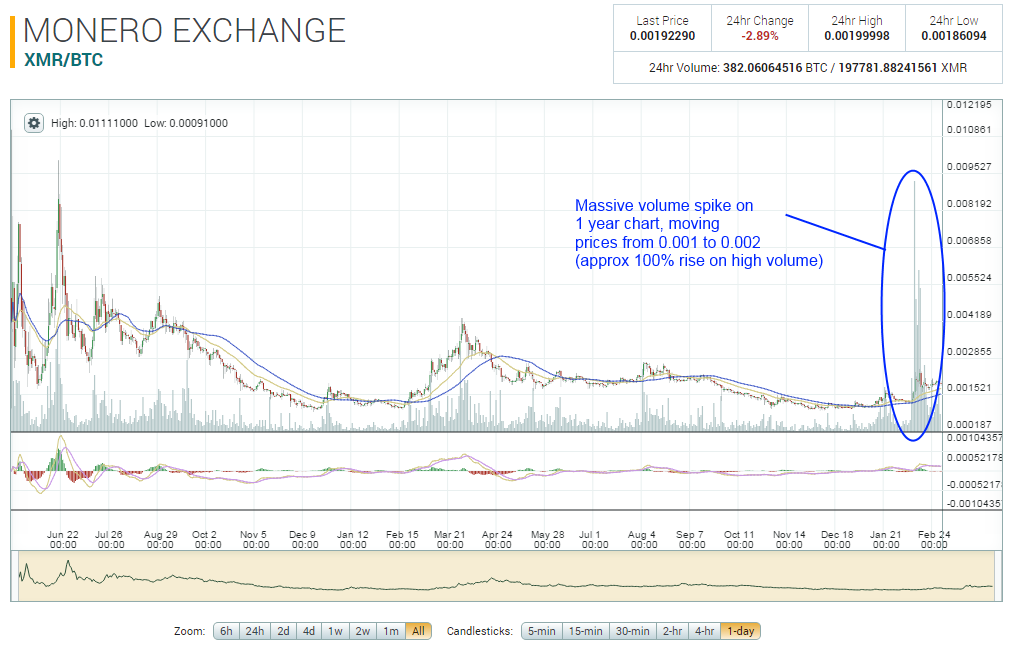 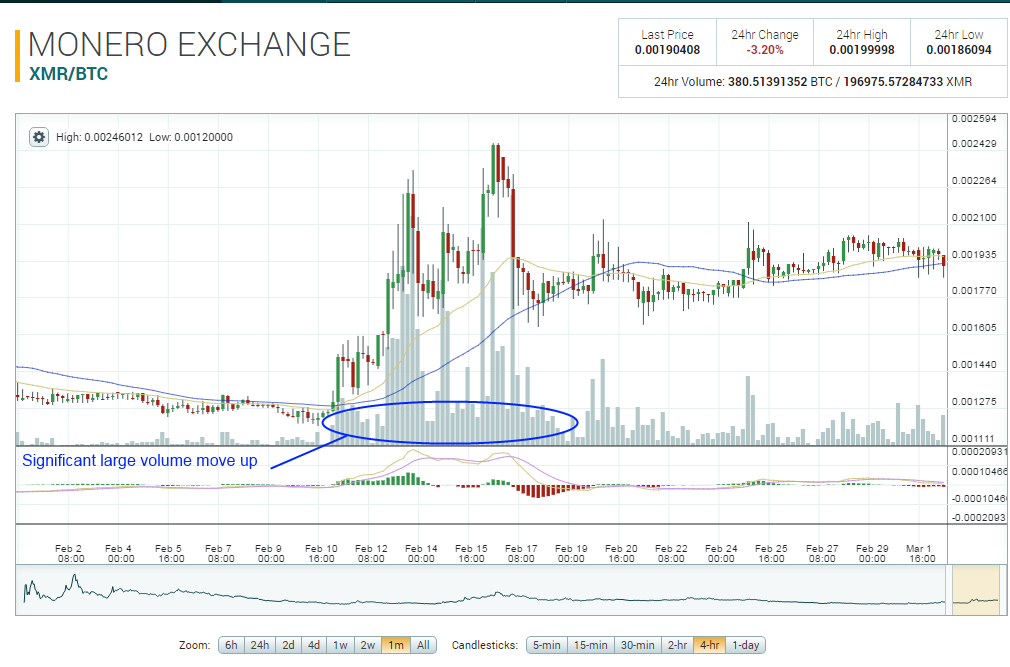 Please note the Monero XMR market is relatively illiquid and can be easily manipulated by people who already have sigificant XMR stash and wish to “paint the tape” showing large up or down price swings. However this price move appears to be a significant move on large volume, therefore worthy of a trading update.

If you are interested in learning more we have written an eBook Better than Bitcoin – A Beginners Guide to investing in Monero.