In the spirit of full disclosure on our option trading, this trade lost money. However it could have been significantly worse. The point of this post is to be honest about when things go wrong, and more importantly how to worm your way out of them to survive another day. These trades were all with the context of having a 30 day rule, but the principals can be applied to trading without those restrictions.

Trade Entry
On 20th Dec 2015 entered into a crude oil /CL neutral strategy using an iron condor with about 60 DTE as follows:

Note that both of these adjustments need to be more than 30 DTE to avoid issues with the 30 day rule. 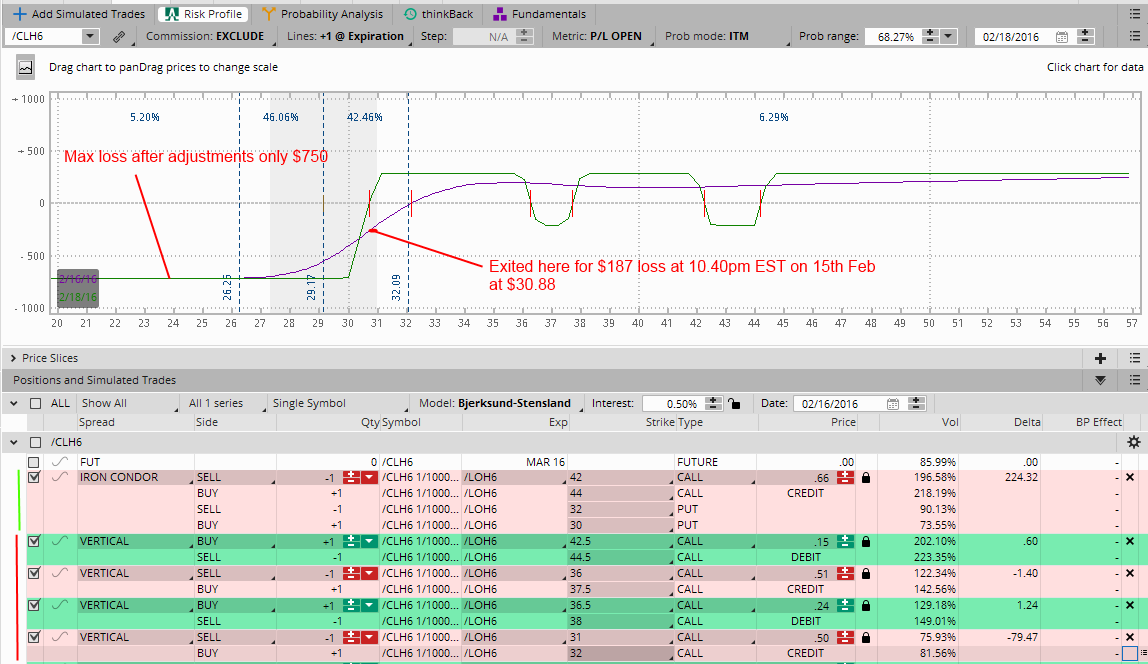 Trade Exit
Crude Oil /CL price action was all over the place during the trade life cycle: 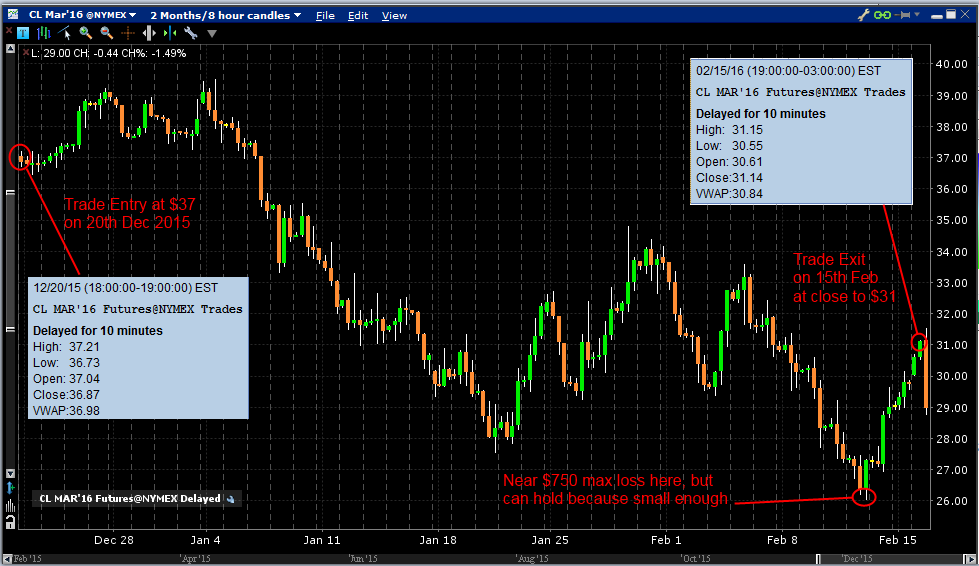 Although because of the reduced max loss, the trade could be held through big down move, ultimately exiting into a nice pop on Feb 15th as Asia opened. 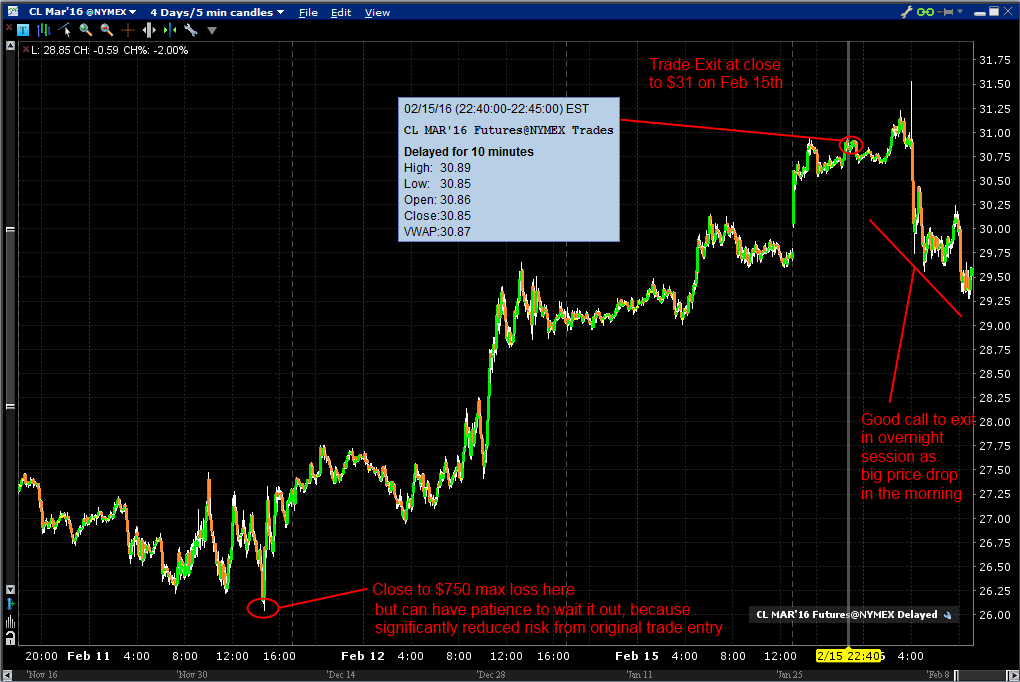 This was a quick example of how to play defensively with a position, not just “hope it all turns out ok in the end”. The techniques can be applied to defend any similar positions. You can also learn something about option payoff diagrams and delta hedging, with a position that is going against you.

Importantly all option legs in the trade were traded as an entire position – we didn’t try to “leg” out of the individual option positions (that is time the market by exiting individual option legs separately). Given that approach, the entire position could not be exited until 15th Feb, because the latest trade adjustment was added on 14th Jan – so if we are going to trade the entire structure as one position then we were forced to wait at least 30 days from 14th Jan to exit.

In summary the ability to manage risk on trades that go wrong, is as important as having winning trades.