Does a cryptocurrency need to represent a store of value to be successful over several years? 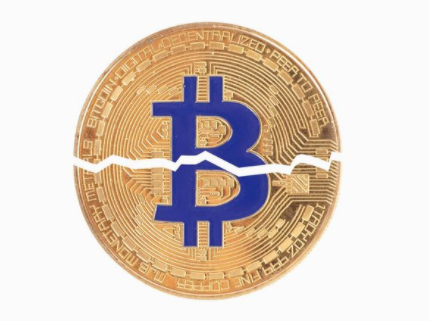 Bitcoin Halvening image from this original photo under license

One aspect of money is as a store of value. Value can be created by scarcity, that is literally limiting supply of any currency. Assuming there is more demand than supply for the currency, then it’s price should rise (becoming a store of value). By design many cryptocurrencies have built in scarcity because they will only create new coins on predictable supply curve. One aspect of Bitcoin’s approach to this is the “Bitcoin Halvening” that occurs approximately every 4 years (every 210,000 blocks). On a specific Bitcoin Halvening date the amount of Bitcoin supply that can be awarded to a miner on each block is reduced by half. On average a miner can therefore except to receive half the amount of bitcoin for solving the same problem. After the Bitcoin Halvening date passes, this literally halves the supply of newly minted Bitcoin overnight. As a reminder the only way Bitcoin comes into existence is by being “mined”. Bitcoin mining is solving a complexity computer problem becomes progressively more difficult solve using existing computing hardware. If a bitcoin miner (a piece of computer hardware) solves the problem, they are entitled to keep a certain amount of bitcoin from latest block they solved. The scarcity comes from the fact that currently computing power is finite, so the “block solving” problem is hard to solve. If one miner’s computing power was somehow instantly improved by a huge magnitude for several months, then that miner would simply be able to mine the majority of available bitcoin. This is because the fast miner would be able to solve the computing problem before any other miners, so all other miners would not receive as many bitcoin rewards. Bitcoin scarcity therefore relies on finite computing power, essentially enforced by the current hardware speed.

Both Bitcoin and Gold are a store of value because they are scarce. Bitcoin comes into existence via a computer hardware “mining” process, and is assigned market value because it takes lots of computing resources to create. Gold already exists in the ground, but becomes usable only after intensive exploration and physical mining operations. Gold is a hard to find metal that is first located through exploration. Gold then needs to be extracted with an energy intensive physical mining process to remove and refine the raw metal. Therefore Gold has value because it is hard to find and refine. With both Gold & Bitcoin the difficulty of their mining process helps maintain scarcity and is one reason that lets them act as a value store.

Recently there have been some new crypto tokens that have create a coin backed by real world assets. These “real asset” crypto tokens represent a true claim on a financial asset, not simply the tokenisation of a technology idea. For example PAX Gold is a very new product launched in Sept 2019 that combines advantages of blockchain and gold, with each PAXG token being backed by exactly 1oz gold. However “real asset” cryptos that represent a real world asset still come down to one word – trust. The entire system hinges on trust, specifically that you can provable verify that 1oz of gold in a London vault is actually really represented by the 1 token in your wallet. If you can have trust in the company auditing, it can be a very innovative way to store wealth on the blockchain.

Bitcoin has been alive for over a decade, and many other crypto coins have been around for five years or more. “Long term” is relative – in crypto it is probably any coin or token that has been alive for more than five years. Widespread adoption is both a critical measure of success for a crypto to be considered currency like “medium of exchange”. Currently those who believe in Bitcoin Maximalism appear to have an edge as first mover in the currency space, as Bitcoin has the largest payment adoption and approximately 65% dominance of all crypto market cap in April 2020.

Crypto is notoriously hard to place into neat boxes. However if there is such as thing as crypto “sectors”, then some candidates would be “currency”, “privacy”, “tokenisation platforms”, “real assets” and “utility coins/tokens”. In currency, privacy and tokenisation platforms “sectors” there is nearly always the first mover that the advantage. For example Bitcoin (BTC) is considered the primary currency coin, Monero (XMR) the first mover for privacy and Etheruem (ETH) the first token platform. However due to the huge array of use cases it is hard to define one single “winner” from all the utility tokens/coins.

As a very general observation in 2020, currently crypto projects that act as money or enable tokenisation seem to be the main winners. Crypto needs to either be used as a store of value, be asset backed or provide a tokenisation platform (the plumbing) to allow the value tokenisations to occur. Crypto projects that only rely on a technology or business idea to “create value” do not appear to gain market cap long term, even if the project is succeeding with its technical objectives. Many crypto projects are finding it hard to build their own ecosystem, because investors tend to get focused on a few winning projects, while the rest die. Essentially there a few categories of use cases, with winner take all in each one. The losers die off slowly over several months and years. This is not necessarily because a project “failed” from a technical perspective, just that it failed to consistently attractive new capital to justify a higher price.
Increasingly crypto that have highest market capitalisation are maturing into money (for exchange), a real asset (that has real world value outside of crypto) or the tech platform that enables tokenisation. The next wave of cryptos with long term staying power could to be tokenising financial “real assets” in the real world, not simply to tokenise a whitepaper idea.

Below are some “sector” examples. Nearly all of the top 20 coins are currency, privacy or token platforms. There are few true utility coins/tokens with larger market caps, but some interesting use case projects are listed below. These are not exhaustive list, just an overview. For reference, here is the latest and greatest CoinMarketCap ranking list.

Currency and privacy are related aspects of money. Sometimes there is a somewhat artificial distinction made between “currency” coins that function as “money” and “privacy” coins do “private transactions”. However surely two main requirements of money are both privacy and fungibility? Cash banknotes traditionally have a high degree of privacy, even though they are sometimes tracked by law enforcement by serial numbers. Generally each banknote is interchangeable with another – one banknote of the same amount can be exchanged by two parties for another banknote with the amount. The specific banknote itself is not important, just the exact value it represents.

Confidence in the liquidity and fungibility of any currency is a crucial factor enabling adoption. However Bitcoin is clearly NOT fungible. Indeed any crypto “currency” coin (not just Bitcoin) with publicly visible blockchains allows positions and transactions on coin addresses to become fully traceable with more advanced analytics. As long as you can identifier a natural person (owner) of a bitcoin address via some method, you can see every transaction they make on the blockchain and their current address balance. This would be equivalent to your bank publicly showing on their website, all of their customers transactions and month end balances – just without any personally identifiable information. An alternative way to think about this, would be if every banknote in the world had a public list of every transaction it has ever been used in since it was created (just without the name of the from and to parties involved in the transaction). It is doubtful if consumer privacy advocates or customers would accept this with a “real world” bank.

This everyday reality for Bitcoin or any other publicly visible blockchain is becoming problem. It means that individual Bitcoins have a full history. If you can piece together all the owners of the addresses via social engineering or know your customer rules, then all of Bitcoins anonymity disappears. For example, most crypto exchanges (and any “on ramp” into the cryptosphere) require a large know your customer regulations (e.g. driving license, passport, proof of address etc).

This blockchain forensics is a problem because it basically breaks the fungibility of Bitcoin. This analysis allows identifying “good” bitcoins that have never been used for any thing questionable, and “bad” bitcoins that have (perhaps unwittingly) had some criminal use. For example, assume you open a small business selling coffee that can legitimating accept Bitcoin payments. If a dubious actor decides to use their “bad” bitcoin to buy your coffee, your legitimate coffee selling business could have it’s crypto exchange or bank accounts shutdown for dealing with a “bad” actor. This could occur even if the majority of your business was with “good” bitcoin. The issue is that the “good” and “bad” bitcoin decisions are not decided by yourself, they are decided by the crypto institutions (e.g. exchanges) you signed up with.
The “real world” cash equivalent would be something like being banned from your local coffee shop, because you used a bank note previously involved in a historical crime committed by different person.

Monero (XMR) is the only privacy coin to fully resolve this fungibilty issue by design. There are many technical features that ensure Monero fungibilty, but two features to highlight are 1) not having publicly viewable transactions on a blockchain and 2) having read only view keys.

Monero less transparent blockchain, where the specific transaction history of a coin cannot be viewed. Therefore 1 XMR will always be the same another 1 XMR – it doesn’t matter how the individual coin has been previously used. Monero is much more similar to cash (banknotes) because it is untraceable, whereas Bitcoin is trackable digital money.

As transactions are not viewable on Monero blockchain there needs to be some way for other parties to be able to verify holdings without controlling them. With Bitcoin the public blockchain does this because you can send anyone an address to look up. Monero has the concept of view keys give the ability to prove address balance to only interested parties (not the entire world).

Some other cryptos do have privacy features, but typically they are not enabled by default. Typically a privacy feature has to be “turned on” for a specific transaction. Some coins are therefore “private” (privacy enabled) and “public” (default), so these coins are by definition “different”. Therefore even in the same crypto coin since the “private” coins are not viewable on the public blockchain, as they are not identical to “public” coins. This means that coins are not truly fungible even within the same crypto. Monero is private on the actual protocol level with the option to be transparent, whereas with Bitcoin every transactions will by definition only every be “psuedo anonymous” because of the publicly viewable blockchain. Monero (XMR) is unique because the idea of privacy is built in by design.

If you are interested in learning more we have written an Amazon Kindle eBook Better than Bitcoin – A Beginners Guide to investing in Monero.