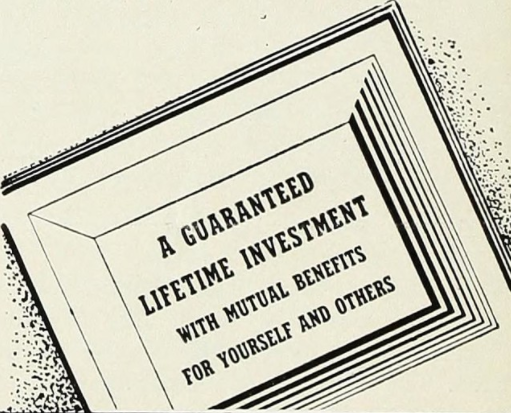 Sometimes you just want to make the guaranteed risk return with the possibility of some upside, but with a guaranteed return of principal. This is typically where fixed annuities come in, however they can be expensive with up front load or annual management fees. Fixed annuities can also be structured in an opaque way where it is not clear exactly what investments the product has bought and how they are managed (e.g. trade turnover etc) – in short they are not very transparent.

Please note: A fixed income annuity is a very complex contract between you and the insurance company. Therefore it is not perfectly compared with the actual investments described in this blog – but this is a starting point to see if the flexibility of doing it yourself might give you some more transparency.

So … is it even possible to run your own fixed income annuity style investment ? Preferably with minimal management, without all the fees and long lock up periods. This blog post is a look back at an annuity style strategy that has been executed for the last few months.

Lets assume we’d like to do this with a lump sum principal of $100,000 USD. It is pretty easy to create medium term US treasury portfolio which is close to the risk free return – lets assume we can construct an equal weighted multi year duration portfolio of treasuries up to 5 years out. Technically there is some duration risk on the longer dated treasuries, but it’s decent proxy for a stable risk free return portfolio. A few months ago in Feb 2019 this had a blended rate of approximately 2.5% – yielding about $2500 a year in interest. See this table for the basic treasury portfolio construction:

However over the next few years, rates might go up or they could be cut. Ideally when each treasury expires we’d like to be able to roll into a new treasury bond with a similar or higher interest rate. However by the time that happens the interest rate market could have moved. So how to manage that interest rate risk without risking any principal?

Since Bond prices will increase when interest rates go down some hedge needs to be provided against falling rates. More simply – something that makes money when rates go down.

In March 2019 we started adding to the above treasury portfolio, by using limited risk bullish short put spread in TLT options. In theory TLT should go up if FED was to cut interest rates and go down if rates rise. TLT contains bonds that have an approximate 17.8 year bond duration, so it is not a perfect proxy for own mini fixed income portfolio that has an average duration of about 2.5 years – however it should be correlated at least. Plus TLT does have very liquid options market that is a couple of pennies wide and can often get filled at mid price, so we can be confident of getting liquid fills on the option trades.

This TLT “short interest rates” trade can be done fairly simply using an ATM bullish put spread, with a slight time decay in your favour on trade entry. There appears to nearly always be a small amount of extrinsic value in an ATM put spread appears to be consistently available, because TLT itself has an actual yield – so you would expect to get paid something for holding it for 90 days even if (all other things being equal) the price never moved. For example if the market is $125, you can sell 5 contracts of $126 put and buy 5 contracts $124 put 90 days out for a credit of $1.05. That would give approximately $0.05 of extrinsic value with $1.00 of instrinic value. If TLT rallies over $126 by expiration can make $550 for that quarter, if it closes below $124 lose $450 for that quarter. Obviously if rolling the put options is considered this becomes way more complex, but waiting to close until near expiration is the simplest case.

If you want to replicate a true fixed annuity with no risk to principal, you’d have to be careful size each trade to not risk too much on each TLT put spread. Lets assume we will do one put spread per quarter, and risk $500 per quarter per spread – that would mean in theory we could lose $2000 ($500 x 4 quarters) on the spreads. However since we gain $2500 in treasury interest, so we’d still be $500 ahead for the year. Not great obviously, but that is the theoretical worse case scenario and if we want guarantee to maintain principal then we have to be cautious with the risk. This is an annuity strategy where aim is to take some market risk but only with money gained from interest payments, never from the principal.
If you wanted to take equity risk as well, this could be applied using SPY option spreads, but recognize that is obviously not as tightly correlated to US treasury rates as TLT.
If you did lose money on the TLT spread, that would be an advantage to you when you come to re-invest any expiring fixed income, because the treasury rates would be higher.

To clarify the idea here are a couple of actual trades to show the principal. One is a simple bullish put spread. The second one was a combination of bullish put spread with a bearish short call spread sold against it.

This trade was entered into in March 2019, then exited closer to May 2019 expiration on 1st May. There was a $369 profit as TLT had traded up slightly. This took approximately 50% of available profit.

A couple of days later on 3rd May a similar bullish put spread trade was opened June options, but this had an overwrite with a call spread to give the trade some option premium to sell. Normally trades would be rolled the same day, but there was a couple days in between trades because the earlier trade was trigger by a limit order (and didn't notice position was exited).

This trade was entered into on 1st May 2019, then exited closer to June 2019 expiration on 3rd June. This holding period fits with the 30 day rule. Unfortunately selling the call spread did not help the position here as it lost $345.97. If TLT had been flat to slightly down then the call spread would have made money. Fortunately the bullish short put spread made most of the profit ($694.02) because TLT had traded up significantly higher. Exiting the bullish short put spread and bearish short call spread together as a combination though made a total profit of $348 ($694.02 - $345.97).

For reference here is an interactive price chart for TLT that can be used to see the prices from Feb 2019 to June 2019. On chart use minus (-) zoom control to zoom out, then click, hold and move mouse to the right to navigate back to 2019.

This blog post showed how it is possible to take small profits out of TLT to increase yield, but with limited risk if TLT goes down. In this real life example TLT went up, so the May and June spread trades added a few hundred dollars in yield. However if TLT did go down that would be an advantage to the main US treasury principal because new bonds could be bought with higher yield to expiration. This might need some tweaking to make into a better results, but it demonstrates the idea. There is approximately 30mins monthly effort required to analysis, enter, monitor and roll the TLT spreads. Running your own "annuity" product is potentially a lot cheaper than an traditional annuity that charges upfront load fees and annual fees.